The Importance of Community Theatre 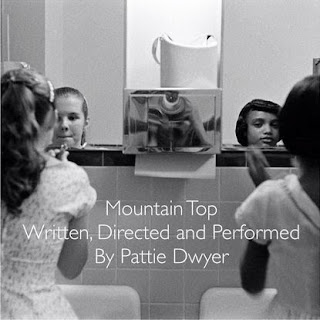 Mountain Top, a one woman show, tells the story of a young white girl, Taddy, growing up in the deep south of America during the onset of the civil rights movement at a time when blacks and whites were segregated. Taddy's best friend, Rosa, is an African American girl the same age. The play conveys Taddy's struggle to have love and friendship in an environment of hate. Through the mystical character of Rosa's Grandmother, who has just passed away, the play explains that the root of hate is fear and how fear destroys the lives of innocent people. Patti Dwyer plays several different characters throughout the show switching between them seamlessly. The set was minimalistic consisting of a chair, an ash tray, and a small platform. Patti’s performance won the Best Actress award and Mountain Top was selected as Best Overall Production receiving the chance to compete at the Provincial Festival in Red Deer Alberta.

The Most Massive Woman Wins features four women of various shapes and sizes sitting in the waiting room of a liposuction clinic. The women reveal their experiences dealing with their weight issues through monologues, short scenes, and even schoolyard rhymes. From painful childhood memories to frustrations with the opposite sex, these experiences both haunt and empower these women as they imagine their way to a new vision of themselves as beautiful and whole. The set consisted of four mirrors on wheel stands and four chairs. The play flowed quickly and smoothly thanks to the direction of Michelle Thorne who won the Best Director award and thanks to the creative use of sound, lights and the simplistic set designed by Danna Rae Evasiuk who won the Technical Achievement award. All four actresses in the play had powerful performances and since there were no male performers at this year’s festival Valmai Goggin awarded the Best Actor prize to the ensemble. 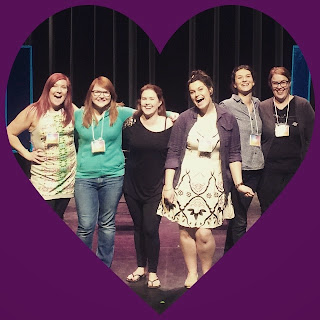 The night was a phenomenal display of community. The prizes themselves were handmade and donated by Zenon Campbell and Melba Seto. All of the artists involved in the shows volunteered their time and talents to create a memorable evening.

Michael: How long did it take you to create your show?

Patti Dwyer: I began writing journal entries in November while I was teaching a Yoga Retreat in Mexico. As I wrote, a character started to arise. Although she spoke Spanish I knew I had to keep writing to flush out the character. Eventually I ended up with a short piece. It took about 3 months in total to get the skeleton for the play.

Michelle Thorne: The script for The Most Massive Woman Wins was one I have been involved with in my University days as an actor (I played the character Cel, played in this performance by the stunning Jillian MacDonald) and always had the script tucked away in the back of my head. It was a phenomenal experience for everyone involved in that production and I felt with the increased pressures and scrutinizes on body image that have emerged with the popularization of social media it was a good time to bring this script off my bookshelf and back onto the stage. We rehearsed the production 2-3 times a week for 3 hours each rehearsal over the course of 6 weeks. It took me about 15 minutes to think who I wanted to play which each character and about 24 hours for each of them to confirm their participation. Danna Rae and I spent about 2 weeks between casting and the first read through developing our set, costume, blocking, and technical game plans. In addition to rehearsals with the cast Danna Rae and I spent countless hours creating and collecting costumes, designing lighting plans, composing & recording original music, organizing rehearsal spaces, and all the other miscellaneous tasks that goes into producing a theatre show. 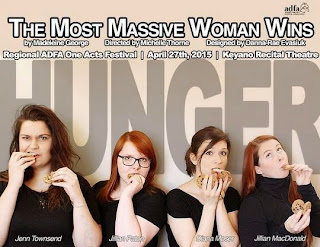 Michael:  What inspired the creation of your play?

Michelle: As I mentioned I believe the script inspires a conversation that we NEED to have. Body issues and self-image/self-worth are still, if not more so, very relevant topics that need to be presented and discussed out loud. With the crazy influx of social media and the “easy access” of cosmetic surgical procedures the pressure seems stronger than ever for women to be “perfect” and that physical appearance will always trump inner beauty. I believe this needs to stop. Now.

Michael: What inspired you Patti?

Patti: I had always admired Martin Luther King, Dalai Lama, Gandhi and Mother Theresa since I was a little girl. They lived their lives compassionately and fearlessly. I am a Yoga instructor and practitioner. So I encourage myself and others to live authentically especially now. We need more peace, happiness and healing in the world. I feel in my heart there needs to be more people following their bliss like the brave people I've just listed. We can make a difference, we can! The funny thing is I don't watch TV. So when I was writing I was watching MLK videos and interviews until April 4th, I turn on the TV and it was the anniversary of the day MLK got shot. Shortly afterwards I seen they made a MLK movie, Selma…then the day I performed my play The Mountain Top, the riots in the USA began. So I believe that what I am writing has a life of its own and needs to be born. I am happy to help it come alive.

Michael: What did you take away from the ADFA Festival? Michelle: For me, the most inspiring part of the ADFA festival was the support and excitement from our community to be entertained and to be a part of the scene. We sold out the Recital Theatre! More than tripling the past two year’s attendance of this festival. With the brave and powerful work of Keyano Theatre and the incredible work the local high school drama programs have been producing, there is a huge current of excitement for locally produced theatre. The turn out and reception of this festival confirmed to me that Fort McMurray is ready for more; more locally produced & written work, more interesting & unique types of theatre, and more experience of the arts in general.

Michael: What impact does community theatre have on Fort McMurray? 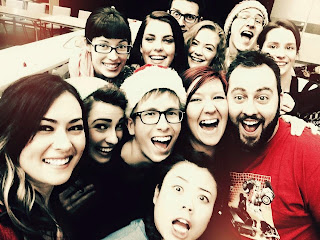 Michelle: Fort McMurray is an incredibly fast paced ever growing community. Theatre invites us to sit down, relax for a few hours, and escape from the reality we have created for ourselves and slip into a world of imagination and play. I believe Fort McMurray is a place where people don’t allow themselves much opportunity to relax and when we finally find that time we usually leave our home and travel to other places. All work and no play, as they say. Community theatre reminds us there is so much more to life than what we do 9-5 (or 6-6, 12 days in a row for some of us).

Patti: Community theatre allows people to tap into their innate creativity, find a group of like-minded people challenging themselves to expand their comfort zone, cultivate courage and face their fears. Creativity is the root of all health and happiness. We are all born creative.

Michael: Why should more people get involved with theatre?

Patti: People should get involved in theatre because it tests our fears. I like to say that fear is a thin piece of rice paper that decides for us what we are capable of. Bust through the rice paper and there will be another sheet of rice paper and so on.  Tiny steps to conquer fear will expand your abilities in every way. The theatre is a scared space where people can connect with themselves while having an amazing time with amazing people. 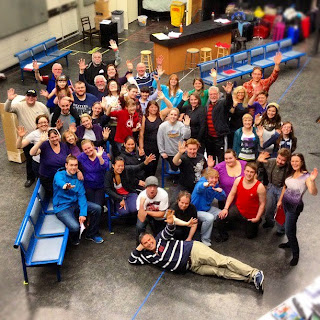 Michelle: Many people move to Fort McMurray with the hopes of creating a better life for themselves and their families. And although our main source of improving our life comes from financial means we also need to strengthen our sociological and emotional happiness. Community theatre is a great way for people of all skill sets and schedules to be involved in something, and come together with others creating and strengthening bonds and friendships. Especially with the One Act festival where groups are in charge of creating their own schedules which allows individuals of all different work schedules an opportunity to be involved in a group project.

Michael:  What does community theatre mean to you?

Patti: Community theatre gives me hope that there are people still wanting a connection with each other and our community. It is extremely encouraging to see so many people involved in community theatre in Fort McMurray. 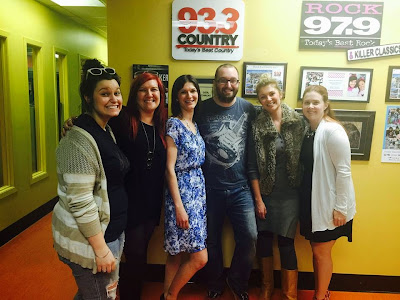 Michael: What does theatre give to you personally?

Patti: Theatre is my medicine. I love to create, perform collaborate and express whats inside of me. Theatre is that healing outlet for me. Witnessing a touching piece of theatre can change a persons life. It can reflect an individual’s life right back at them allowing the audience member to look within and hopefully heal. I have had that happen many times.

Michelle: There is a strong creative force inside me which needs to be expressed. Since a young age theatre has been an outlet for me to deal with emotions and issues in a constructive and creative way; releasing negativity in a positive manner which promotes healing in myself and hopefully healing to others.

Michael: Why is art and culture important?

Patti: I cannot express how important arts and culture is to our society and world. Again, we are all born creative and curious. If that outlet is taken away I feel a piece of the soul dampens. 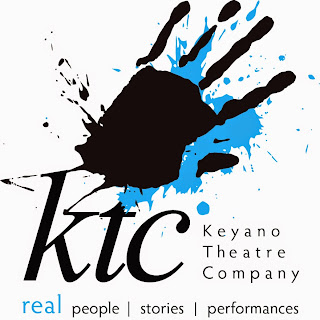 Michelle: Arts and culture is a vital part of any healthy community.  Art and Culture is a reflection of the community in which it comes from and acts as a tool in which brings people together initiates conversation, and evokes change.  An integral form of expression, arts and culture is necessary not only for the artists who need to create but for the rest of the community to be inspired and feel a sense of belonging to larger groups as a whole.