Wood Buffalo became involved with the festival in 2009. 2017 marks the 9th year that the region will celebrate Culture Days, taking place this year from September 29th to October 1st.

The key to a successful Culture Days celebration is the involvement of local cultural organizations and enthusiasts. Last year, over 2,000 people enjoyed Culture Days activities within Wood Buffalo. Over 25 community groups helped to organize and execute the 19 events that took place over a total of 5 days. 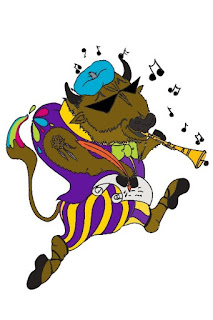 These individuals and organizations dedicate their time and expertise to plan free, family friendly activities that engage the public and contribute to a broadened understanding of a communities cultural assets. Some of their many responsibilities include; organizing individual activities; attending and supporting Culture Days Planning Committee meetings; acquire funding; budget management; venue coordination; individual event marketing; volunteers coordination; information sharing and more.


This year, the Wood Buffalo Culture Days planning committee would like you to get involved!

To participate, contact the Culture Days administrative support, Theresa Jolliffe at the Regional Municipality of Wood Buffalo Community Strategies Branch be email at Theresa.Jolliffe@rmwb.ca  or by phone at 780-743-7994.
Looking for ideas and tips on how to host an event?
Check out the National Culture Days website at https://culturedays.ca/en 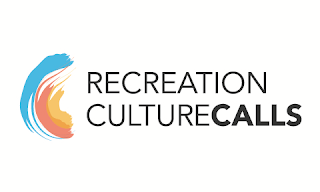 If you want to know about what's going on around town, then check out Recreation Culture Calls!

This electronic newsletter showcases local recreation and cultural events, job postings, as well as volunteer and funding opportunities, and much more.

If you would like to have your email added or removed from this list, or would like to submit information about an upcoming opportunity please send your request to recreationandculture@rmwb.ca.

To find out what's going on this weekend, please visit the Recreation Culture Calls page on the Municipal website or click here
Posted by Community Strategies Coordinator at 14:17 No comments:

This Canada Day, our country will be celebrating a milestone birthday: the big One Five Zero.

Officially known as the sesquicentennial, 2017 marks 150 years since Canada's Confederation.  You can learn more about this upcoming celebration here.

While Canada may be well over 100 years old, did you know that our national flag is much younger? In fact, for the first 98 years of Canada's existence, our national symbol was not the beloved Maple Leaf. It was actually the British Union Jack!

This changed in the 1960s when Prime Minister Lester B. Pearson called for the creation of a new Canadian flag and invited the public to submit their design ideas. Of the thousands of proposals, Dr. George Stanley's suggestion of a red maple leaf on a white and red background was accepted by Parliament.

On Feburary 15, 1965, the new official flag was hoisted for the first time on Parliament Hill. Every year since 1996, when February 15th was declared National Flag of Canada Day, we celebrate our beautiful flag. You can learn more about our flag here.

This year marks the 52nd anniversary of our national flag. Canadians are invited to celebrate this important symbol of our identity.

Take part in the “Share your Moment with the Flag Challenge” by posting a picture or video of you with the flag and inspire others to do the same! #canadianflag

Valentine's Day: The Excuse for Eating Chocolate in February

Valentine’s Day is just a few days away and regardless of whether your relationship status is single or taken, February 14th is the perfect occasion to indulge in chocolate! In fact, it's practically impossible to resist the temptation when all the store shelves are filled with chocolates in all shapes and sizes.

Why is that, anyway? Why is Valentine's Day associated with chocolate? What is the history behind the tradition of providing sweets to your sweetheart?

In 1861 Richard Cadbury, of the famous confectionary company, began selling chocolates in heart-shaped boxes.  The boxes also featured designs of cupids and rosebuds and were marketed as the ideal storage for love letters and mementos. This is how Valentine's Day and chocolate officially becoming a couple. 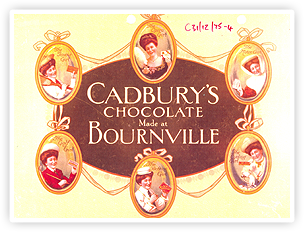 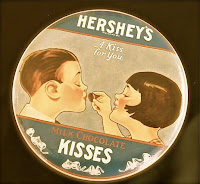 Over the years, the relationship continued to flourish. In 1907, chocolate pioneer Milton Hershey produced one of the the most popular Valentine's Day treats: Hershey Kisses (apparently so-called because of the "smooching" sound the chocolate made as it was being manufactured). 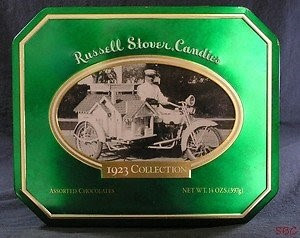 The commercialization of Valentines Day continued with the founding of the Russell Stover Candies Company. What began with Clara Stover wrapping candies in her kitchen in 1923, grew into one of the most successful commercial chocolate companies. The Stovers opened several companies to mass produce chocolates in heart-shaped boxes, which were then sold to department stores.

No matter what brand of chocolate you buy, be sure to enjoy the rich history that went into bringing them to you for Valentine’s Day!

Information for this article was found on the following sites: http://www.smithsonianmag.com/
and http://www.history.com/.

“He (Len) didn’t harp on his hardships or on the discrimination, he just wanted to protect his family…” - Son, Gilbert Williams

In 1995, the House of Commons officially dedicated the month of February to honouring the legacy of Black Canadians. This month, you are encouraged learn more about the substantial influence that Black Canadians have made to the history of Canada, and more specifically, to our region. To learn more and to participate in Black History Month, visit canada.ca/black-history-month


This article recognizes one remarkable Black Canadian: Leonard Williams, who not only made a significant contribution to our region, but is an inspiration to Black Canadians as he circumvented racial discrimination and grew to become a highly respected Canadian citizen.

Leonard, more commonly known as Len, was born on April 19th, 1885 in Upora, Mississippi.  In the wake of the Civil War, the southern United States harnessed much hatred and racial violence towards African Americans. After seeing his best friend lynched by the Ku Klux Klan, Len fled the United States and sought refuge in Canada. In 1910, Len secured a job as a caretaker with the Northern Alberta Railway where he worked on one of the most popular passenger services running from Edmonton to Waterways, known as the Muskeg Special. Len grew to be one of the most notable persons on Muskeg Special which, in 1925, he secured his status as a rail conductor.

Len was known to be a loyal and trusted employee.  Dignitaries, small children and important cargo were placed in his care during the 28 hour trip between Edmonton and Waterways. So much was Len respected, he was chosen to assist in shipping the original Bison that would stock the Wood Buffalo National Park. Len remained a conductor for 35 years, and later retired in 1960 only to begin working for the next seven years as a jail watchman for the RCMP detachment in Fort McMurray. Len later began work as a night watchman from 1967 to 1969 at the Sawmill in Waterways and for the then Mildred Lake site (now operated by Syncrude). In recognition of his dedication, Len was appointed the honorary mayor of the Mildred Lake site in 1970. He passed away in December 27, 1977 leaving his legacy to his six children.

The Regional Municipality of Wood Buffalo is proud to recognize Leonard Williams as part of the Heritage Plaque program. A plaque has been placed in his honour within Wood Buffalo Park bordered by Wilson Drive and Williams Drive, Fort McMurray.